After unveiling the exhibition Anywhen, Tate Modern showed a secret laboratory and a mysterious bioreactor installed at the back of the hall. In the new Art exhibition Anywhen, the MINIFOR bioreactor contributes to the constantly changing sequences throughout the day and even, over the course of its six-month span.

The microorganisms growing within the MINIFOR bioreactor create patterns that will help to define or trigger the sequence of events in the Turbine Hall. 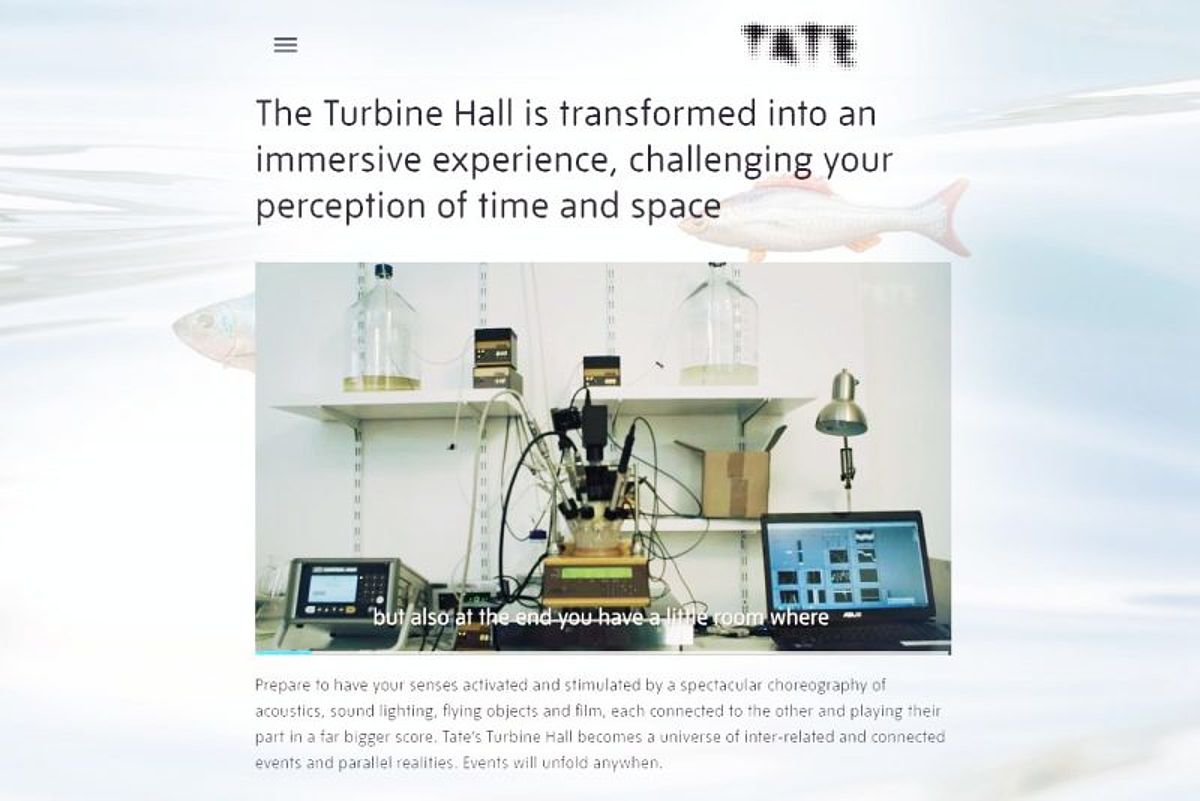 The interactive and immersive installation on the hall with acoustics, music, lighting, flying objects and film is controlled by a lab at the back of a space, with MINIFOR bioreactor set-up and a computer system.

The MINIFOR bioreactor was conceived and engineered by Jean-Baptiste Boulé (CNRS - French National Museum of Natural History, Sorbonne University) and Nicolas Desprat (Statistical Physics Laboratory, École Normale Supérieure, PSL Research University; Paris Diderot Sorbonne Paris-Cité). During the six months exhibition from October 2016 to April 2017, the sequence of events will continue to evolve into a pattern, informed by microorganisms that will learn to react to and activate elements of the commission through the bioreactor.

Scientific laboratory technicians, researchers, students and scientists all over the world trust LAMBDA laboratory instruments for their efficient experimental work: LAMBDA laboratory equipment are specially designed for high-quality lab work, easy and long term use in the laboratories and industries.

Yes, I would like to keep informed about new developments and improvements in LAMBDA laboratory equipment.